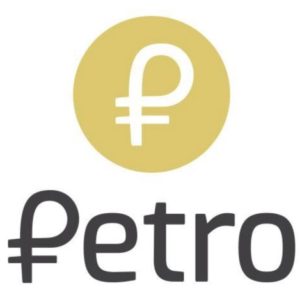 The first national crypto currency in the world is equated to a barrel of oil, therefore its price recommended by the Venezuelan government is $ 60. During the pre-sale, investors will be able to purchase 38.4 million Petro. Experts are skeptical about the initiative of President Nicolas Maduro, considering the introduction of the national cryptocurrency as a gesture of despair standing on the brink of the financial abyss of the country, the CNBC website reports.
President Maduro does not hide that the introduction of a national crypto currency was needed to bypass Western sanctions. The recent tightening of the last by US President Donald Trump led to a fall in the volume of exports of Venezuelan oil by 29% and the next collapse of the Bolivar`s exchange rate. In early February, on the black market of the Venezuelan capital of Caracas, 235,000 Bolivar`s  were given for $ 1. Over the past year, the Venezuelan currency has depreciated by about 80 times. With the help of the placement of the cryptocurrency, the authorities hope to attract financing, primarily from Russia, China and a number of countries in the Middle East.

Experts interviewed by CNBC believe that the Venezuelan cryptocurrency is nothing more than a pilot project. In their view, the placement of Petro (translated from Spanish – “oil”) will be a kind of rehearsal before the introduction of the CryptoRuble. “Putin and Maduro have very similar problems,” Mati Greenspan, senior analyst at eToro’s crypto-exchange trading platform, told CNBC in an interview. “Both countries strongly depend on the price of oil, which in recent years has been quite volatile. Both countries have problems with US sanctions and with the US dollar, which is the world reserve currency. ” However, the plans for the introduction of its cryptocurrency are not only among countries in respect of which the US and the European Union apply sanctions. Sweden, for example, is exploring the possibility of introducing a digital version of the crown. Other countries, including Japan, Singapore and Estonia, are also considering switching to digital alternatives to traditional currencies.
In turn, Francisco Toro, a Venezuelan journalist and political scientist, says that Venezuela has introduced a crypto currency “from despair.” The country is exacerbated by the shortage of essential goods, and the authorities are trying to find any sources of obtaining a hard currency necessary for their purchase abroad.
Experts in crypto-currencies do not believe in Petro’s success. The fact is that Venezuela is experiencing not only an economic, but also a political crisis. Opposition Maduro Parliament did not approve the introduction of Petro. It is expected that 100 million tokens will be released. At the same time it is unclear on what legislative and technological basis their emission is carried out. Apparently, there is no question of mining. The executive power of Venezuela simply announced the creation of a cryptocurrency alternative to the Bolivar provided by oil, gold and diamond deposits in the country. But these are just words. It is still not known whether Petro can be exchanged for a share, say, in gold mines or at least for a real oil barrel, to which the Venezuelan cryptocurrency is supposedly equated.

Last summer, the central bank of China together with a number of local commercial banks began testing a prototype of the national cryptocurrency (CryptoYuan). Judging by the statements of representatives of the People’s Bank of China, the cryptocurrency will be processed in parallel with the Yuan, but the timing of the introduction of China’s digital currency has not yet been indicated.